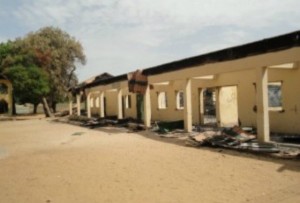 The Nigerian Government has ordered the closure of some secondary schools in Adamawa, Borno and Yobe states because of security threats being faced in these states.

In a statement issued on Monday by the Special Assistant on Media to the Supervising Minister of Education, Simeon Nwakaudu, the Minister directed that the students, who are not writing public examinations, be relocated to FGGC Bauchi, FGGC Bajoga, FGC Maiduguri, FSTC Kafanchan and FSTC Dayi.

The Minister also directed that candidates who registered for WASSCE, NECO SSCE and BECE in FGGC Potiskum should have their examination centres relocated to FGGC Bauchi, while those from FGGC Munguno and FGC Buni Yadi should also be relocated.

While leaving the choice of the schools to accommodate affected students at the discretion of parents, the Supervising Minister of Education, Mr. Nyesom Wike, limited these choices to the six schools listed.

The Minister’s decision is following a bloody attack by gunmen suspected to be members of the Boko Haram sect on students of the Federal Government College Buni-Yadi in Yobe State, North-East Nigeria in their dormitory, during which over 50 of the students were reportedly killed, with the school burnt down.

The February 24 attack on the Federal Government College Buni Yadi is the fourth recorded on schools in Yobe State since the commencement of the insurgency, as GSS Damaturu, GSS Mamudo and College of Agriculture, Gujba were attacked in 2013.

‘This Is Not Goodbye’: Mikel Obi Retires From Football