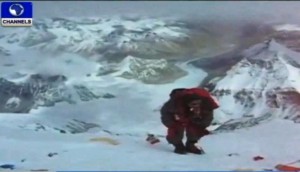 Network Africa on this edition starts off from Nigeria where the House of Representatives, concerned about the increase in the number of Nigerian students killed abroad, has mandated a joint committee to conduct a public hearing on the matter and report back to the House in two months.

Raising the motion, the Chairman of the House Committee on Diaspora, Abike Dabiri-Erewa, says Nigerian students have become endangered species in different parts of the world, leading to the House urging Nigerian embassies in Ghana, Malaysia, Russia, the United Arab Emirates and South Africa to ensure all pending cases are thoroughly investigated.

It appears to be a 50 /50 chance for the Paralympics star as a key Police ballistics expert says Oscar Pistorius was not wearing his prosthetic legs when he shot his girlfriend, as the athlete’s trial continued in South Africa.

The prosecution says he intentionally shot his girlfriend, Reeva Steenkamp on Valentine’s Day 2013, after an argument. Mr Pistorius denies murdering her, saying he thought she was an intruder. The latest account lends support to the defence team’s insistence that the shooting was not premeditated.

Our South Africa correspondent, Betty Dibia, tells us specifically about the happenings on day 11 of the trial which was the very first time the mother of the deceased showed up since the proceedings began.

Also from South Africa, President Jacob Zuma is being slammed by critics for using way too much money to give his home a makeover.

The amount which is 23 million dollars was state-funded and was for a security upgrade to his private home that included a swimming pool, cattle enclosure and amphitheatre.

As a consequence, he might have to repay costs for some of the unnecessary renovations.

The plans of 2 men were foiled when  Kenyan police arrested them, when they suspected them of having links to  Somali Islamist militant group after they were tracked and found to have six large bombs that may have been aimed for use in the area of the port city of Mombasa.

The search for greener pastures almost claimed the lives of 596 people as the Italian Navy was able to rescue the people off the Italian coast on Monday (March 17), 62 of whom were children.

The migrants, mainly from Eritrea, were huddled onto two different boats and were spotted by the Italian Navy ships off the coast of the southern island of Lampedusa.

Meanwhile, two Egyptian army officers and five jihadist militants have been killed in a gunfight that erupted during a raid North of Cairo.

The Brigadier and Colonel, both bomb disposal experts, took part in the raid on a warehouse in Qal-Yu-Bi-Ya province along with police and Special Forces.

The militants were from Ansar beit al-maqdis, which has claimed responsibility for a string of attacks. The Al-Qaeda-linked group, which is based in the Sinai Peninsula, is believed to have killed more than 200 security forces and government personnel since the military overthrew President Mohammed Morsi in July.

A Trip To Space

Despite the tension in Egypt, however, some people are realizing their dreams of going outside of the planet. Egyptian adventurer and mountaineer, Omar Samra will soon become the first Egyptian to travel to space after winning the Axe Space Academy competition.

Samra is among 23 winners of the competition who are set to be sent into orbit in early 2015, in a journey he says has been a lifelong dream.