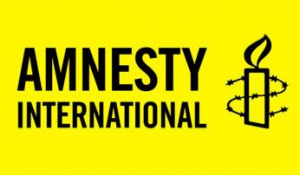 Rights group, Amnesty International (AI) has said that both the Nigerian security agencies and the Boko Haram insurgents have committed war crimes in the troubled north-eastern part of the country.

A statement issued by the group says that more than 1,500 people had been killed in the first three months of 2014, and that the situation in the north-east region has escalated into a non-international armed conflict.

Amnesty added that it has documented the killings carried out in January, February and March 2014 by both Boko Haram and the Nigerian security forces.

Part of the statement reads, “AI has received credible evidence that as the military regained control, more than 600 people, mostly unarmed recaptured detainees, were extra-judicially executed in various locations across Maiduguri.”

The rights group is asking the international community to ensure prompt, independent investigations into acts that might constitute war crimes and crimes against humanity.