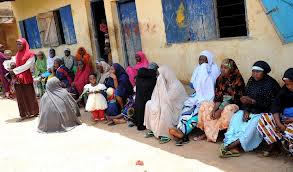 One death and 17 cases of suspected cholera related issues have been reported in Jos North Local Government Area of Plateau State, North-Central region of Nigeria.

According to the Deputy Director, Department of Epidemiology in the Plateau State Ministry of Health, Dr. Raymond Jurit, samples have been taken from the patients to ascertain whether the reported cases were cholera or food poison but treatment has commenced with the ministry providing treatment to the affected persons.

Recently, the department confirmed that 100 cases had been reported in Bassa Local Government and three deaths recorded.

There were other cases reported in Jos early in the week, one of which was the death of a 61 year old woman who had five members of her family receiving treatment at the Plateau Specialist Hospital for symptoms similar to those the woman exhibited.

The state ministry in response to the suspected outbreak has provided cartons of the oral dehydration therapy for the immediate relief of the patients, while samples have been taken to the laboratory for confirmation.

The ministry has also embarked on surveillance and confirmation of suspected cholera outbreak in Jos North and Bassa Local Government areas of the state after reported cases of profuse diarrhea and vomiting among some residents in the two local government areas were discovered.

Cholera is known to be an acute diarrhea infection caused by ingestion of food or water contaminated with the bacterium vibrio cholera and an extremely contagious disease which affects both children and adults and can kill within hours.