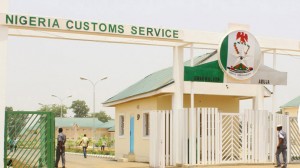 The Nigeria Customs Service has warned Nigerians to be wary of the consumption of contaminated rice that could be illegally smuggled into the country through neighbouring African countries.

The area comptroller Oyo/Oshun command of Customs, Richard Oteri, who gave the warning at the headquarters of the command in Ibadan on Saturday, told Channels Television exclusively that some of the rice seized from smugglers by his team were not good for consumption.

While disclosing the large seizure that was made along the Iseyin/Saki axis of Oyo State, the area comptroller advised consumers to check rice properly in the market before purchase, as some of the contaminated ones could be re-bagged and sold to Nigerians.

Oteri pointed out that smugglers may use the festive season to perpetuate their nefarious activities and bring in contraband goods, but he stressed that the command was “ready to make sure they do not succeed”.

A total of 1,300 bags of 50kg rice with a duty paid value of 16 million Naira were seized by the crack team led by Alajogun Joseph.

Oteri further stated that the importation of rice through Nigeria’s sea ports was the only allowed form of importation. “All those importers who bring in  rice through neighbouring African countries will continue to be treated as smugglers with the full weight of the law bearing on them,” he said..