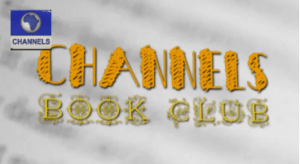 In 1977, Macmillan began a series of pop fiction novels written by African writers. It was called the Pacesetter Series and it turned out to be hugely successful.

Over the next 15 years, 130 of the novels were published. The novels included Meet Me In Conakry by Sheriff Sarr; The Smugglers by Kalu Okpi; Symphony Of Destruction by Sunday Adebomi; The Betrayer by Sam Adewoye; The Delinquent by Mohammed Sule; The Extortionist by Chuma Nwokolo.

On this edition of Channels Book Club, Yemi Sikuade, the author of ‘Sisi’, one of the most popular novels of the Pacesetter Series joined us to discuss the series and her writings.

Oyewole also speaks on his literary awareness campaign tagged, ‘Ko Readers ‘R’ Leaders Destiny Walk’ which will feature thousands of young people in a walk to re-awaken and promote the reading culture of Nigerian youths.