AMCON Insists It Can Sell Mainstream Bank To Willing Buyers 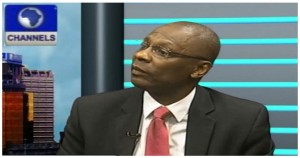 The planned sale of Mainstream Bank by the Asset Management Company of Nigeria (AMCON) has continued to generate controversy, with AMCON saying that it reserves the right to sell the bank to willing buyers.

The shareholders of the defunct Afribank, now Mainstreet Bank, had placed a cavear emptor on AMCON’s invitation for expression of interest for the acquisition of AMCON’S shares in Mainstreet Bank Limited.

The Managing Director of the AMCON, Mr Mustapha Chike Obi, on Tuesday reacted to the publication, insisting that the supposed shareholders had no right to write such publication as AMCON was the sole owner of the financial institution.

He said that AMCON took over the bank when it provided 450 billion Naira to ensure that the depositors with Afribank did not lose their funds.

“Anyone willing to give back that money to AMCON can have the bank back,” Mr Chike Obi said, stressing the need for AMCON to recoup its funds.

He said that the decisions of the acclaimed shareholders over the planned sales was wrong as the owners of the bank had destroyed the banks and decided to have the bank back at no cost.

Chike-Obi, who was our guest on our business programme business morning on Tuesday, insisted that there was no case in court that prevents AMCON from selling Mainstreet Bank limited.

According to him the sale of the bank had been muted for over a year now and everything has been done transparently.

He confirmed that 25 investors had responded to the expression of interest request so far and the process was still ongoing.