Fighting Insurgency: Composite Logical Process Must Be Communicated To Nigerians 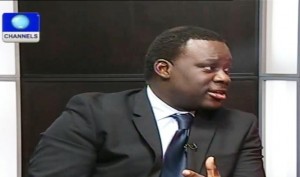 Coordinator of the Nigeria Nostalgia Group, Etim Eyo, believes there are communication lapses in Nigeria’s approach to fighting terror, which has negatively affected the success of the efforts.

He noted that one of the major gaps in the country’s efforts was a “composite and logical process” which should have been communicated to the people, for them to align with, in providing support and in depending on the Government to be successful in the anti-terror campaign.

In the situations that Nigeria has found itself, Eyo said “there is a way to communicate.”

He cited the fact that nobody knew precisely how many girls were missing, with further confusion as to how many had escaped, noting that these were some of the major information that the Government should have a good grip of.

While admitting that the Government was indeed new in handling such terror situation and should not be totally blamed for all that had gone wrong, he said that he expected that there would be progress reports on a daily basis because the situation of the Chibok girls had to do with the lives of citizens.

“The lives of people are more important than oil. If a barrel of oil is missing won’t you find it?”, he said.

In further berating the communication system of the Government, Mr Eyo cited the speculations about the existence of a negotiator who was said to have been mediating between the Government and the Boko Haram as one which has been badly handled, considering the lack of information about him.

A recent video has been released by the sect, which showed the girls begging to be freed and complaining of hardship in the camp of the terrorists.

Eyo believes that this should not affect how Nigeria would execute its mission against the insurgents, adding that depending on these videos would be putting Boko Haram in a position where they would be in control.

In a statement he termed his layman view, he said, “It’s a mistake to try to work with a terrorist group like Boko Haram”, warning that the Government must not allow this to distract it from its ongoing plans.

Speaking about the support of the international community and the hopes of Nigerians, he warned that this should not be seen as the solution because foreign troops would not understand the Nigerian terrain, let alone the region where the terrorists reside.

He added, “I don’t know what you can achieve after 35 days” in reference to the time lapse between the abduction of the girls and when the search started.

He also spoke about the conflicting views about the idea of negotiating with terrorists and he aligned with the school of thought that Nigeria should not be negotiating with Boko Haram as this would put the entire country at risk.

He also added that the sect’s reported request for exchange of captives could not be seen as a formal idea that the country could explore, as the objectives of the Boko Haram sect was destruction and there would be no guarantees that the insurgents would not get stronger.

Making recommendations, the legal practitioner also noted that sometimes simple things may work in situations like Nigeria’s, as one of the most important things in the fight still remained information.

He explained that images of the girls could have been made available and pasted all over the country as ‘Missing Girls’ because if one of the missing girls walked past many Nigerians they would not identify them and winning the fights begins with how much the society knows and can contribute.