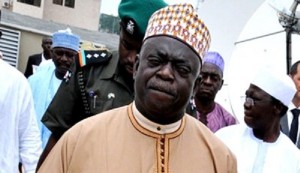 Niger State government has dislodged suspected members of a radical and controversial Islamic sect, Nibrassiya Huda from Chechei in Lapai Local Government area of the state.

The leader of the sect, Sheik Mohammed Abubakar, with over 200 members said they gathered only for the purpose of learning more of Islam without any other motive.

However the leader of a special task force set up by the state government to dislodge the sect, Lieutenant Colonel Adamu Yakubu, explained that the dislodgement is purely a security measure.

Sheikh Abubakar, who noted that they have been in existence with the knowledge of the government and security officials, wondered the motive behind the raid and why the security agents raided their abode.

He also disassociated the group from any link with the dreaded Boko Haram sect.

Lieutenant Colonel Yakubu, however insisted that the task force was at the venue of the gathering to enforce an order to dislodge the sect.