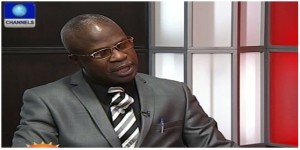 A member of the leading opposition party in Nigeria, the All Progressives Congress (APC), Mr Rotimi Fashekin, says there is a level playing file in the party, discrediting claims that the party has leaders that are more superior to other members.

At a National Convention that will hold on Thursday, the political party hopes to resolve some of the issues that arose in some states during the last state congresses .

Some members of the party in some states defected to the ruling Peoples Democratic Party (PDP) after controversial leadership issues could not be resolved.

But Mr Fashekin told Channels Television on Tuesday that the crises witnessed in some states during the congress were signs that the party was evolving and good for democracy.

“We have evolved as a nation politically. What is happen in APC is part of the usual things that happen as a political party evolves from stages to stage.

“This party has the capacity to scale through crisis. Nobody gave the party a chance to survive. We have passed different milestones,” he said, insisting that the political party is building its structure to give Nigerians the true change they wanted,” he said.

Mr Fashekin ascribed the crisis to the inability of politicians to wait and see how a political party they belong to could overcome crisis facing it before considering decamping.

According to him, the political party had created a level playing ground for members of the party to participate fully in every activity of the party.

He said that the party had put strategies in place for live coverage of the convention for Nigerians to see how transparent the party ‘s electoral process was.

“The APC constitution is with INEC and nobody is excluded from contesting or voting.

“Zoning is not in the APC constitution. It is important that when you have a political party like this with support from different parts of the nation you make it open for everyone to contest for positions. Zoning can only be adopted if there are signs that members from a particular part of the country is not getting any position,” he explained.

Mr Fashekin, however, expressed fears that there might be a kind of sabotage by the opposition during the convention.

According to him, the party got information that there would be massive searching of those that would be entering Abuja on the day of the convention.

He stressed that as much as such stop and search was to ensure security of lives and property, “it will be wrong when it is for the purpose of truncating APC’s convention”.

“Security agencies are expected to do their work in a way that it will not show they are partisan,” he said.