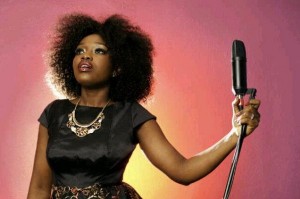 The singer, who was reportedly pregnant, fell into a coma while on a flight to Chicago, in the United States of America, where she was working, making videos amongst other things.

The plane was forced make an emergency landing and she was rushed into the Intensive Care Unit of an hospital in Los Angeles.

Sources close to the family confirmed to Channels Television that the ‘Kokoroko’ crooner had passed on.

“On behalf of the family,

It is with a great sadness but grateful hearts that we announce the passing to glory due to lungs failure this morning of our God’s mouth piece, chorus leader, daughter, wife, sister, friend Kefee Branama Queen … May her beautiful, gentle and precious soul rest in perfect peace. AMEN!!!

PS: In contrast to all earlier rumours and stories in circulation, I do state that Kefee wasn’t 6 months pregnant and neither did she have pre-eclampsia.”

Fans and other celebrities have however taken to social media to pay tribute and condole with the family.

Now you are looking at heaven…..Teach us Lord to number our days. Rest In Peace Kefee, God knows best. http://t.co/tWBonosrgB

My Girl KEFEE is Gone. She’s One Artist i Produced Kokoroko For and She so Wonderful n Thank God I… http://t.co/dnDfyKslCM

‘The Milkmaid’ Selected As Nigeria’s Entry For 93rd Oscars

BTS’s ‘Life Goes On’ Debuts At No. 1 On Billboard Chart

Buhari Has Failed Nigeria, We Are Losing War Against Terrorism – Northern Elders