Tiwa, Mafikizolo, Sarkodie And Others To Perform At BETs 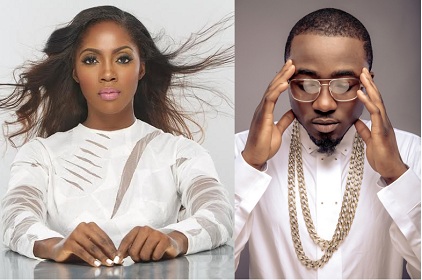 Music Around the Globe presentation would hold on 28 June, and have guest performances by the Nigerian singer-songwriter Tiwa Savage, South African Afro-pop duo Mafikizolo and Ghanaian hip hop artist Sarkodie.

This will be the first time Mafikizolo and Tiwa Savage would perform in the United States coupled with their nominations in the “BET Awards”.

The announcement follows their wins at the MTV Africa Music Awards (MAMA) earlier in the month in the ‘Best Group’, ‘Best Female’ and ‘Best Hip Hop’ categories respectively.

Nigerian hip hop superstar Ice Prince, who won the 2013 BET Award for ‘Best International Act: Africa’, will take to the stage on Sunday, 29 June and present the award for the same category to this year’s winner at the BET Awards. “106 & Park” hosts Bow Wow and Keshia Chante along with actor Larenz Tate will also present at the awards show.