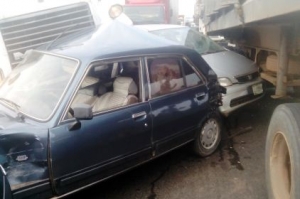 A ghastly motor accident which occurred along the Lagos-Ibadan Expressway, on Friday morning, led to the death of at least 6 individuals.

The accident was reportedly caused by a collision between a moving truck and a faulty truck, which was parked on the expressway. Other vehicles involved in the accident were badly damaged.

One of the vehicles involved was a “mini-truck carrying labour hands to a building site”, an eyewitness said.

One female survivor, who was pulled out from under a truck, was rushed to a hospital near 7up, and then to the Gbagada General hospital for further treatment.

Motorists were trapped in a traffic jam as all vehicles involved in the accident had caused a complete blockage on the road.

Security agencies including the FRSC, Nigeria Police, Army had stormed the area to salvage the situation.

Channels Television’s correspondent, Nneota Egbe, who was at the scene of the accident said that many eyewitnesses had been in shock. He also reported that there had been about two other accidents on the same road, which were largely caused by impatience.

Questions concerning lighting on the expressway have been raised, following the accident which happened in the early hours of the morning.

Also, authorities have been called to ensure the road worthiness of vehicles in order to avert such occurrences. 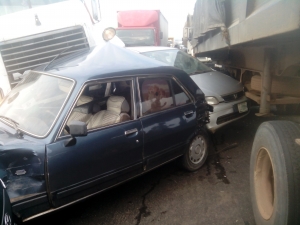 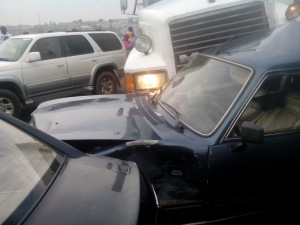 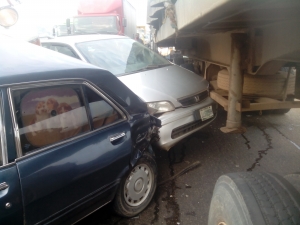 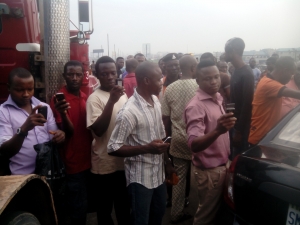 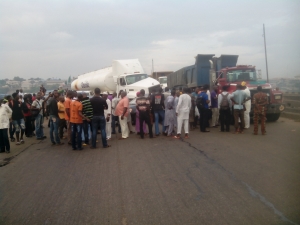