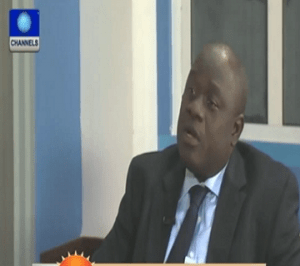 A Representative of the Federal Ministry of Health, Dr. Joshua Obasanya, has commended efforts put in place to contain the Ebola virus outbreak.

He said within hours of getting the information, the Federal Ministry of Health and the Lagos State Government and other health ministries were already handling the case but stated that a lot more needed to done. “Whatever it is we were actually prepared, although a lot needs to be done but within a few hours of getting to know about Patrick Sawyer’s case we were unto it.”

Few days ago, relatives of isolated persons raised concern over the ‘poor state’ of the isolation unit facilities, alleging that there was no power in the centre.

Speaking on Saturday, as a guest on Channels Television’s Sunrise, Dr. Obasanya denied the complains of lack of power supply in the isolation centres. “I don’t think there is no light, there is a standby generator in the hospital,” he said.

He also stated that the national and state authorities were together for about 24 hours working on how to get the isolated areas in a better condition in case of symptomatic contact of the virus.

He also stated that the isolated facility was jointly run by the Federal and Lagos state governments.

“We have even moved the patients into another facility which is far better”.

Dr. Obasanya also stressed that it was unethical to bring a patient who does not have the virus together with a patient that had contracted the virus, explaining that some international health organisations such as WHO, UNICEF, UNFPA have been of help in fighting and taking care of the disease.