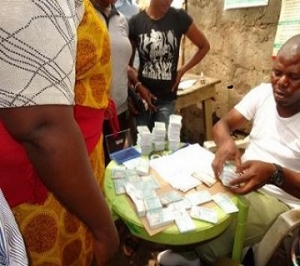 Residents of Nigeria’s capital city, Abuja, have appealed for an extension of the period stipulated for the distribution of the Permanent Voter’s Cards by the Independent National Electoral Commission, INEC, to avoid many electorates in the city from being disenfranchised.

Many residents who turned out to collect their permanent voters’ cards on Sunday, the last day for the distribution, complained that the process was slow and disorganised at the collection points.

There were also those who lamented the lack of public awareness on the distribution of the permanent voter’s cards. They said that the three days set aside by the electoral body was not enough to distribute the large volume of the voter’s cards in their custody.

Channels Television correspondent who visited some PVC distribution centres, reported the presence of large volumes of Permanent Voter’s Cards stacked in front of members of the National Youth Service Corps at the distribution centres visited and this has been the common sight in the last three days at polling units across the Federal Capital Territory.

The turn-out of residents who had visited to trade their temporary voters’ cards for the permanent ones at the collection points fell far short of the cards yet to be distributed.

While a few centers were orderly, the situation was completely different in others, causing confusion and disenfranchisement.

The Corps members declined to comment about the PVC distribution process and why it was slow.

If the volume of undistributed Permanent Voters’ Cards at the centres across the Federal Capital Territory is anything to go by, coupled with the several complaints of missing names, the residents say their call for an extension of the days for distribution is something the Independent National Electoral Commission would have to pay attention to.

KANSIEC Distributes Electoral Materials In Kano Ahead Of LG Polls