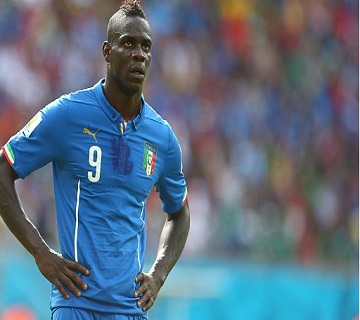 It is understood that Balotelli would earn £125,000 a week, in move to Anfield that is nearly complete, subject to personal terms.

Negotiations are still taking place to agree terms with the player, but the former Manchester City’s forward, has already said his farewells in Italy.

AC Milan said in a statement on their website that the Italy international left Milanello’s sporting centre at 13:30 local time, after saying goodbye to his teammates.

“Before leaving the premises, the striker has said goodbye to members of Milan’s press office”.

This move has been described as a surprise by pundits, as Liverpool had approached Milan about the former Manchester City striker’s availability just weeks after Reds boss, Rodgers, denied making a move.

Rodgers spoke quite plainly when asked about the possibility of signing Mario Balotelli, saying “He is a wonderful player, but an AC Milan player, I just gave my opinion of him, but doesn’t mean I will be signing him.”

The Ghanaian – born, Italy international, was a big hit with City supporters during his first spell in England, helping the club win a first league title since 1968, but he was also in the headlines for several off-the-pitch incidents, including a training ground bust-up with then manager, Roberto Mancini.

In his second season in Manchester, he scored only three goals in 20 games and subsequently agreed a four-and-a-half-year deal with Milan in January 2013.

Since returning to Italy, he has scored 30 goals in 54 games, the same amount he scored for City in 80 games but the Serie A side endured a difficult campaign last season, finishing eighth in Serie A and failing to qualify for Europe.

He was heavily linked with Arsenal earlier in the summer, but after bringing in Alexis Sanchez from Barcelona for £35m, Arsene Wenger ruled out signing another forward.

Liverpool have so far brought in only one front-man for the new campaign, signing Rickie Lambert from Southampton for £4m.

‘Odion Knows How Much We Value Him’: Solskjaer Hails Ighalo’s Impact

What Now For Liverpool After Ending Premier League Title Drought?