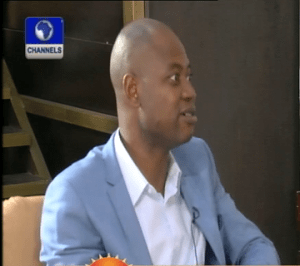 The Ondo State Commissioner for Health, Dr Dayo Adeyanju on Saturday said the business of harvesting and selling bush meat has been banned in the State, pending the time the Ebola Virus Disease (EVD) outbreak is eradicated.

Adeyanju, who was a guest on Channels Television’s Saturday breakfast programme, Sunrise, said this measure was part of the State government’s efforts at safeguarding the people of the State from the disease, and not get caught unaware.

Although the traders affected may have to find other means of livelihood, Adeyanju noted that it was a sacrifice they would need to make for the good of others.

He also noted that “one needs to be worried and put all the machinery in action, to avoid an outbreak”, in their surroundings.

Hence, the Ondo state government had embarked on a light sensitisation programme, to avoid panic, before the disease was confirmed in Lagos, and increased effort, after Patrick Sawyer was confirmed Ebola positive.

The first set of people sensitised were health workers, followed by traditional rulers, religious leaders and residents living at the coastal lines.

Shedding light on government’s efforts at ensuring that the awareness level is high, Adeyanju said the campaign was being done in three of the major languages, spoken in the state, as well as in English.

He highlighted that the religious groups had also been spoken to, especially the Islamic community, where it is the norm to bury dead people within 24 hours.

Government had suggested the option of cremation, which has encountered opposition. Hence, the need to engage religious leaders.

Also speaking on the programme, the Commissioner for Health, Imo State, Dr. Edward Ihejirika, said the State had been worried since EVD was confirmed in Rivers State.

Speaking on the measures taken by the government to tackle the disease if discovered in the State, Ihejirika noted that dedicated Ebola helplines had been published and in light of the Federal Government’s directive that schools should resume on September 22, information, communication and education materials on the virus would be distributed to schools.