Lawmaker Stresses Need For ‘Political Will’ To End Insurgency 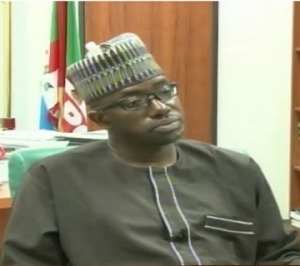 A member of Nigeria’s House of Representatives has stressed the need for every government official and Nigerians to show the political will needed to end the security challenges in the north-east.

The Chairman of the House of Representatives Committee on Media, Honourable Zakari Mohammed, said on Friday that the security challenges would only be solved with more efforts and sincere commitment to ending the insurgency by members of the Boko Haram group.

Mr Muhammed, during an interview with Channels Television’s correspondent, Lanre Lasisi, in Abuja, the nation’s capital emphasised the need for an emergency to be declared on the security sector and for the lawmakers to be briefed on a steady basis on the efforts that were being made.

“We need to know how far they have gone, what are the impediments, how can we come in? Regardless of our political affiliations, I believe that this is the time for us to come together and address the issue.

“We should be more concerned about containing the insurgency by showing more political will,” the lawmaker said.

He also stated that the House would consider any document from the national conference if it is sent to them by President Goodluck Jonathan, but stressed that any request for tenure extension would not be entertained..