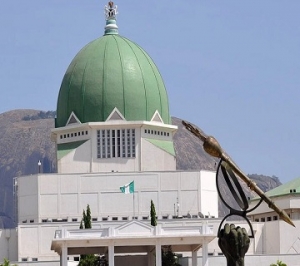 As members of the National Assembly (NASS) get ready to resume legislative activities on Tuesday, they appear set to consider the health challenge posed to Nigeria by the Ebola Virus Disease and how it is being tackled.

The Chairman, Senate Committee on Rules and Business, Senator Ita Enang, said this while speaking with journalists on some of the issues that the Senate would focus on as it resumes.

The one billion naira loan request by President Goodluck Jonathan and the Petroleum Industry Bill are other issues that would be highlighted for consideration by the Senate.

The Senate would equally look into the report of the Committee set up to investigate the alleged uncomplimentary remarks against the Senate by Oluremi Tinubu, who represents Lagos West on the platform of the All Progressives Congress (APC).

Besides, Senate would, upon resumption on Tuesday, prepare to receive the report of the just-concluded National Conference, which is expected to be presented to the National Assembly by President Goodluck Jonathan.

The upper legislative chamber would also consider other pressing matters before the senators before they go on another brief recess for the Nigerian Independence anniversary and Sallah celebration in October.

Also, House Committee Chairman on Rules and Business, Albert Sam-Tsokwa, revealed on Sunday that apart from the President’s loan request, the House would devote the whole of Tuesday to attend to matters of urgent national importance.

Sam-Tsokwa stressed that while the lawmakers were on break, a lot of issues emerged that required their attention, hence the House would have to look into them immediately.

The lawmaker said that due to the renewed attacks by Boko Haram, the House would have to expedite action on the request made by President Jonathan.

“So many things happened during the break and these are matters of urgent national importance, which have to be critically and urgently attended to. So when we resume on Tuesday, we will devote the entire sitting debating on such issues.”

On President Jonathan’s request for $1 billion to checkmate insurgency, Tsokwa said; “With the happenings around us, the House will accelerate consideration of the matter. The matter was referred to relevant committees and we will be expecting their report immediately plenary commences on Tuesday.”