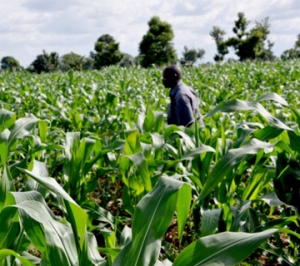 During an unscheduled inspection tour to the facility, Delta State Governor, Dr Emmanuel Uduaghan, expressed delight at the turn of events in the farm and urged the management to improve on the capacity of local farmers particularly in the processing and packaging of the agricultural produce.

Dr. Uduaghan also promised to remove the supervision from civil service bureaucracy at the Ministry of Agricultural and place it directly under the Governor’s Office for optimal performance.

The Executive Consultant to Songhai Delta, Dr. Theophilus Okpidi, who took the Governor and his team on the tour around various sections of the farm, pointed out that a lot has been done to revive the farm.

He suggested that more equipment would be needed to take it a step further.

Meanwhile, the once neglected and abandoned facility had already started bustling with activities for both food and crop cultivation, fisheries, animal rearing and production of local fruit drinks.

It has also become a place to be for farmers and individuals interested in the agricultural sector, including interns in agricultural departments from different schools across the nation.

The Integrated Research and Training Centre is an integrated farm, training and research centre, which comprises of departments such as livestock, agro, crops, training and others.

It is expected that the resuscitation of the farm would reduce the rate of unemployment for young people in Delta State, who can in turn be employers of labour in their various farms.