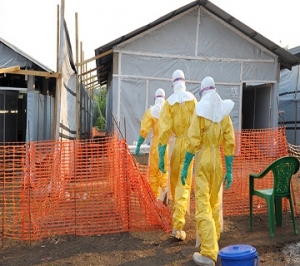 At least 2,630 people have died in the worst outbreak of Ebola virus in history, which has so far infected at least 5,357 people in West Africa, the World Health Organization (WHO) said on Thursday.

In an update on the epidemic, which is raging through Guinea, Sierra Leone and Liberia and has spread into Nigeria and Senegal, the WHO said there were no signs yet of it slowing.

Those three countries account for the vast majority of cases and deaths in the outbreak – 8 others have died in Nigeria, out of 21 cases, and one case has been confirmed in Senegal.

The WHO said a surge in Ebola in Liberia is being driven primarily by a continued increase in the number of cases reported in the capital, Monrovia, where 1,210 bed spaces were needed, five times the current capacity.

The WHO has said it hopes to be able to “bend the curve” in the almost exponential increase in cases within three months.

The latest data updated five days of data for Liberia and one day for the other countries, and showed no new deaths in Sierra Leone since the previous update.

The WHO said efforts to integrate various sources of data in Liberia would lead to many cases being reclassified and about 100 previously unreported cases had been found and would be included in later updates.