Wife Appeals To IS To Release Her Husband 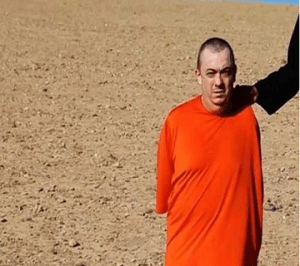 The wife of a British taxi driver, Alan Henning, being held hostage by Islamic State (IS) has pleaded with the militants to “see it in their hearts” to release him.

“When they hear this message I implore the people of the Islamic State to see it in their hearts to release my husband Alan Henning,” Barbara Henning said, in a statement released via the Foreign Office.

Alan, who hails from Eccles in Salford, was captured by the extremists while on an aid mission to Syria, in December 2013.

His wife Barbara said he had been driving an ambulance stocked with food and water at the time of his capture.

Following the murder of another Briton, David Haines, the militants issued a threat to kill Henning next, in a video released last week.

“I cannot see how it could assist any state’s cause to allow the world to see a man like Alan dying”, Barbara said.

“I have been trying to communicate with the Islamic State and the people holding Alan. I have sent some really important messages but they have not been responded to.

“I pray that the people holding Alan respond to my messages and contact me before it is too late.”

The militants are yet to respond to her plea.

2020 Is One Of The Three Hottest Years Ever, Says UN

WHO Recommends Wearing Masks Indoors If Ventilation Is Poor

IS Says It Caused Mali Crash That Killed 13 French Troops