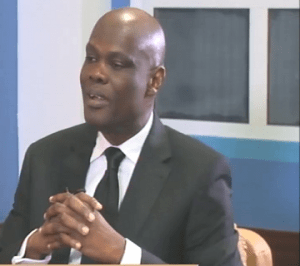 The Attorney General of Ekiti State, Wale Fapohunda, on Saturday said he planned to advise the election petition tribunal in the state to relocate for further proceedings, noting that the government could not guarantee its security.

He disclosed this on Sunrise, adding that Ayo Fayose had gone to the Court of Appeal to appeal the case against him but he (Fapohunda) would also be advising the same court to relocate.

“I will also be doing an advisory to the Court of Appeal to inform them also that we cannot guarantee their safety in the state if they sit on that matter. They also have to find an alternative venue for that.

“Note also that the EFCC trial (because the governor-elect is presently going through trial) is soon going to come up in the Federal High Court. Again, we would be advising the judge that he cannot sit in Ekiti state”, he said, noting that the crisis was a disgrace.

However, the Director, Media & Information of the PDP, Ekiti State, Gboyega Arobisogan, who defended the integrity of the governor-elect, noted that the current crisis in the state was contrived .

“It’s unfortunate that it has embarrassed the state and we believe that if we must play politics, we should play it with some sense of responsibility.

“We all knew that election was conducted and a winner was declared but all along, you should also know that there had been some form of clandestine move by the APC to either (through the back door) truncate the mandate or probably get their own pound of flesh through the court.”

He continued by saying: “We are all aware that these moves are being orchestrated by the social group that we call E11 and in Ekiti State, virtually every indigene knows that the role that E11 has played in the past, right from 2006 when they contrived this conspiracy against the new governor-elect and they succeeded in getting him out of office through frivolous excuses and some misplaced information”.

He noted that the renewed court case against Fayose was repelled by the people, which was why a protest was stage at the trial.

“Even as at that time, the governor-elect was not even in the country,” however, the people, sensed that what they (E11) were going to do in the court on that day is akin to what they had experienced in the past; And it came to pass that the judge sitting on the case said he had jurisdiction and that he’s going to start hearing that same day. That was what precipitated the crisis.”

He noted that the crisis became violent “when they (the people) discovered that the judge insisted that he’s going to give judgement on a matter”, after had said he had the jurisdiction to hear the case in the morning.

“So people out of anger decided to react,” after the PDP lawyer said it was not supposed to be.

However, the Attorney General, Fapohunda, said that it was the PDP lawyer who had gone to call the protesters, during a recess, after which the judge was to hear arguments over the substantive case, concerning the eligibility of Ayo Fayose to run for office.

Ccontrary to the PDP representative’s claim that the protesters were indigenes, he insisted that those who stormed the court, destroyed property and beat up 5 persons, were thugs.

He described the act as the “violation of the judiciary”, noting that the security personnel on stand-by could not stop the thugs from rampaging.

“On Thursday, the election petition tribunal sat. Again, the thugs invaded the court; This time – led by the governor-elect.

Fapohunda further claimed that Fayose and the thugs had gone from court to court, causing mayhem and it was then that Justice Adeyeye engaged him.

Fapohunda disclosed that the Chief Judge had closed down the court “because he cannot guarantee the security of judges and staff alike”.