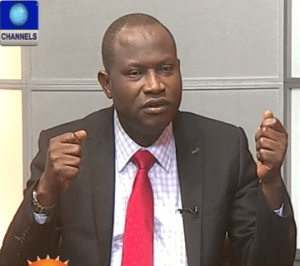 A lawyer, Jiti Ogunye, on Wednesday ruled out the argument that the Federal Government’s failed second attempt to purchase arms was a legitimate effort, insisting that an official seal on the deal did not rule out a case of money laundering.

Speaking on Sunrise Daily, Ogunye noted that the “South African authorities have every right and power to carry out investigations and they are doing so. When they conclude the investigations, we’ll have the benefit of the outcome”.

He argued that the two cases of botched arms deal involving Nigeria and South Africa would be investigated, noting that”“there’s a sequence”.

Although the first $9.3 million, which was seized aboard a private jet, was alleged to be a black operation, and the $5.7 million transferred legally via a bank, Ogunje insisted that both transactions were illegal.

“Doesn’t a governor sign-off a budget before stealing the money?” he asked, implying that the official signature was a means to launder state funds.

“The fact that you sign-off on something does not mean that you’re not committing a crime,” he argued, adding that the country’s seal had been used severally to commit monstrosities.

He countered arguments that the South African government did not wish Nigeria, recalling the incarceration on Henry Okah, a case he said Nigeria was the chief beneficiary. “Nigeria did not complain at the time,” he said.

“It’s shameful enough for this kind of thing to be happening but it’s doubly shameful for us to be rationalising by offering implausibilities,” he concluded.