President Jonathan Does Not Have 100million Dollars – Abati 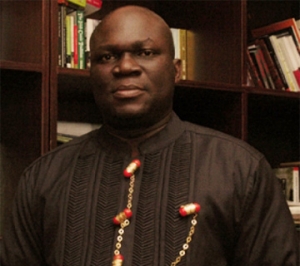 The Special Adviser to the President on Media and Publicity, Dr Reuben Abati, has revealed that President Jonathan was indeed outraged and angry about the publication that listed him among 10 richest African leaders.

He said that the President has always been of the opinion that journalist have the rights to report situations but also have the responsibility to report the truth.

“He was embarrassed by the fact that a foreign internet channel would tell a blatant lie and Nigerian channels would pick it up and begin to repeat the lie,” he said, as that necessitated the move by the Presidency to put the records straight.

He noted that President Jonathan was aware that what the “copycat” Nigerian media organisations tried to do was to portray him as being corrupt along with the other listed African leaders.

He stated, “The President does not have 100million dollars either in terms of assets or in liquid cash,” adding that the President has always declared his assets every year as required by the law.

On the view that the President did not disclose his assets for Nigerians to know, Abati argued that there is no law that mandates a public official to publicly declare his assets except only to the Code of Conduct Bureau, and whoever is in doubts could verify this.

Asked whether he would consider the President to be rich or wealthy, Abati said, “I don’t know, that’s not part of my job.

He said that the priority for President Jonathan has always been to make Nigeria better, as commitment to service and to the oath he has taken is what defines his person and his office as the Nigerian President.

Abati further insisted that the website that published the story knew that they were up to mischief, having pulled down the story and then claiming that they got the story from another website.

He said that this was an unfortunate development for journalism.

On the threatened lawsuit by the President, Abati said that indeed the President has briefed his lawyers and the decision to go further on the lawsuit would be left to the President’s lawyers.

Dr Reuben Abati also assured Nigerians that the Nigerian Government is determined not to rest on its oars to ensure that Ebola is prevented from reoccurring in Nigeria.

He recalled that President Jonathan has said that Nigeria was able to overcome Ebola because of unity and that he would like to see same level of unity demonstrated against Ebola in other areas.

He said that the Ebola story clearly shows that Nigeria is a country that can achieve anything it sets out to achieve if the people unite.

On the delayed resumption of Unity Schools owing to the strike by teachers, Abati said that issues surrounding this would be dealt with as Government was on top of the matter.