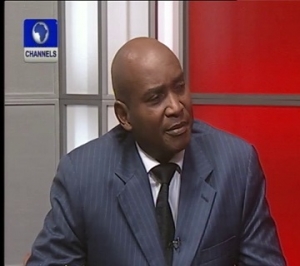 A member of the Professionals for Change, Mr Siju Gbadebo-Smith, has called on Nigerians to stop negative speculation about the outcome of the ceasefire agreement reached by the Federal Government and the dreaded Boko Haram sect.

Speaking as a guest on Channels Television’s award winning breakfast show, Sunrise Daily, he also said “it s very important for the Nigerian public to appreciate the delicate nature of negotiating ceasefires and release of hostages.

“It also imperative of us not to speculate negatively about the the outcomes because it is a notorious fact that when you are dealing with a symmetrical warfare, you can never confirm categorically a ceasefire”, he said.

He further called on Nigerians to anticipate that the parties involved will honour the agreement reached during negotiations, adding that “it is the interest of Nigerians’ psyche to believe the military has the leadership qualities and information on hand to pursue this matter to a conclusion that we will appreciate”.

He however noted that the historical background of ceasefires with terrorists does not have a positive coloration, citing the Lord’s Resistance Army in Uganda where “a very comprehensive ceasefire agreement was negotiated but the Lord’s Resistance Army merely used the time to recoup and become even more violent than their reactions” adding that “i believe it is for this reason that we are cautiously optimistic.

“We cannot go on with the concept that it will work out perfectly”, he warned, maintaining that “we are dealing with an asymmetrical opponent and we are not even sure how many factions they have”.

He also urged commentators to continue to give Nigerians hope because it is fundamental to make Nigerians “believe that we are going to win regardless of how long it takes.

“In that strong concept of hope, people will be assured that everything possible is going to be done including negotiating for a peaceful outcome”, he opined, adding that the “confidence is in the psyche of the Nigerian to overcome even insurmountable obstacles”.

Mr Gbadebo-Smith didn’t rule out the possibility of a splinter group within the ranks of Boko Haram “because with the nature of an asymmetrical war, you don’t have an identifiable foe; that is the purpose of the enemy to ensure you cannot perfectly target one of their groups.

“In order to destabilise your efforts, they will consistently project several fronts”, he maintained.

Reacting to reported cases of attacks in villages in Adamawa and Borno State hours after the ceasefire agreement was reached, he noted that “the system that an asymmetrical warfare opponent uses is to continue to have several fronts”.

The Federal Government of Nigeria, last week Friday, said it reached a ceasefire agreement with the Boko Haram sect.

After the agreement was reached, the Chief of Defence Staff, Alex Badeh, ordered all service chiefs to comply with the ceasefire agreement between Nigeria and Boko Haram in all theaters of operations.