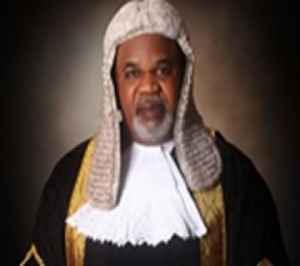 The Legal Practitioners’ Privileges Committee (LPPC) has restored the rank of the Senior Advocate of Nigeria of a Lagos-based lawyer, Mr Ajibola Aribisala after a 20 month suspension.

A statement by the Secretary of the LPPC and the Chief Registrar of the Supreme Court, Mr. Sunday Olorundahunsi, said Aribisala’s SAN rank was restored at the meeting of the committee held on Monday.

The statement added that the decision to restore the lawyer’s SAN rank followed the withdrawal of the petitions against him and the consideration of the terms of settlement between parties concerned in the petitions.

Aribisala’s SAN rank was suspended by the LPPC on February 26, 2013 after it received two petitions of “allegations of flagrant breach of professional ethics and professional misconduct” made against him.

Part of the allegations against the Aribisala was that the charges for certain legal services he rendered to Fidelity Bank were excessive and in breach of Rules of Professional Conduct in the legal profession.

The statement said “you may all recall that on the 26th day  February, 2013 the Legal Practitioners’ Privileges Committee at its General meeting suspended Chief A. A. Aribisala(SAN) from further use of the Rank of Senior Advocate of Nigeria based on two petitions received by the LPPC on allegations of flagrant breach of professional ethics and professional misconduct.

“On the 27th day of October, 2014 the Legal Practitioners’ Privileges Committee at its General Meeting have decided to lift Chief A.A Aribisala’s suspension, after consideration of all material facts (Notices of withdrawal/discontinuance and subsequent letter of withdrawal of petition and terms of settlement).

“Pursuant to the committee’s decision, Chief Aribisala is hereby restored to the Rank of Senior Advocate of Nigeria with effect from the 27th day of October, 2014.

“Futhermore, the committee hereby declares that any future act by Chief Aribisala that runs foul of paragraph 22 of the LPPC rules shall attract a stiffer sanction.”