PDP NWC Meets, Asks Tambuwal To Do The Needful 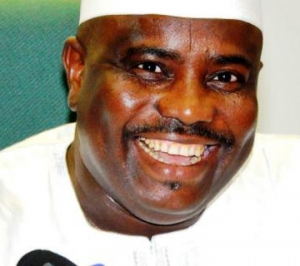 The National Working Committee (NWC) of the People’s Democratic Party (PDP) has met with PDP leaders in the House of Representatives concerning the defection of the Speaker, Aminu Tambuwal to the All Progressives Congress (APC), a statement by the party’s National Publicity Secretary, Mr Olisah Metuh said.

Mr Metuh said “after a thorough consideration of the matter, the NWC came to a conclusion that the Hon. Speaker, as a responsible elected officer, knows full well what is needful and honourable of him since his new party is in the minority” he said.

The statement further adds that “we are not unmindful of the fact that Hon. Tambuwal became Speaker on the platform of the PDP as the political party with the majority of seats in the House of Representatives and that this incontrovertible fact has not changed”.

The Speaker of the House of Representatives, had earlier announced his defection to the All Progressives Congress (APC) from the Peoples Democratic Party (PDP).

He said his defection was because of his political future and the political consideration of his state, Sokoto.

Mr Tambuwal defected to the APC on Tuesday days after a rumour of his defection was denied by his spokesman, Mr Imam Imam.

After rumours of his defection was published on different media, Mr Imam denied the claims in a statement.