Tambuwal Was Made Speaker By House Members Not PDP – Gbajabiamila 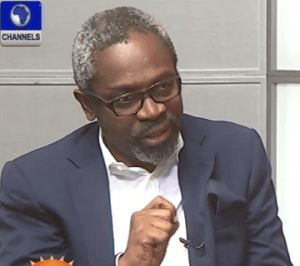 The Nigerian House of Representatives Minority Leader, Femi Gbajabiamila, has dismissed the Peoples Democratic Party’s demand that the Speaker of the House, Aminu Tambuwal, who defected to the All Progressives Congress (APC) on Tuesday should do the needful, saying it is a threat that bears no consequence on the speaker.

Mr Gbajabiamila stressed that the Speaker was elected by the members of the House across all the political parties and not just the Peoples Democratic Party (PDP) members.

In a telephone interview on Wednesday that was centred on the chances of impeaching the Speaker when the House reconvenes on December 3, Mr Gbajabiamila said that the Nigerian Constitution clearly stated that the speaker could only be impeached with 240 votes from the 360 members of the House of Representatives, a number he said the PDP does not have in the House.

On Tuesday, Mr Tambuwal at the end of plenary announced his decision to join the APC dumping the Peoples Democratic Party (PDP) and ending rumours of his impeachment that had been making the rounds for some months now.

After Tambuwal announced his defection, the PDP asked the Speaker to be honourable and do the needful.

But for Mr Gbajabiamila, the demand by PDP is an empty threat that the speaker is not expected to obey, since he, Tambuwal, had not enjoyed the support of the PDP right from the day he was picked as the speaker in deviance to PDP’s choice of candidate.

“The members decided to chose him based on the stipulations of the constitution.

“He did not come to the speakership of the House through the PDP. The PDP does not want him any longer. They have tried to remove him several times, so he has to leave the party.

“I can’t understand the pain of PDP, he came in as speaker not basically as a result of PDP support but as a result of support of the entire house. He had over 250 votes while the PDP nominee had only 90 votes. It was because of the support of the members of the the House that he became the speaker. It tells you how much support he has in the House.

“He has done what he wanted to do. He spoke as a smart politician,” the Minority Leader said.

On whether the manner with which Tambuwal announced his defection was ideal, Gbajabiamila said that there was no laid down procedure of announcing defection and that the decision to go on recess was not the speaker’s but that of PDP members in the House.

He also insisted that the speaker’s decision to defect was as a result of the division in the PDP, stressing that there are no chances that anything would change when the House reconvenes in December.

“It is only Tambuwal that can reconvene the House the Deputy cannot do it. He only has the power that are delegated to him by the speaker.

“For the Speaker to be impeached it requires 240 votes to impeach him. And the PDP does not have they number.

“I don’t see anything changing that much and the sooner that the PDP understand that if the members of the House says they want a person as a speaker, that is who the House wants,” he added.