Suspected Kidnappers Claim They Were Forced To Admit Culpability 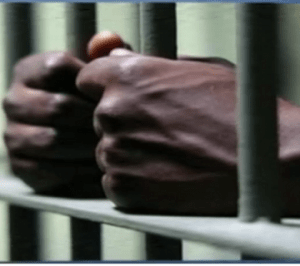 Four persons accused of kidnapping Lagos lawyer, Mr Mike Ozokhome (SAN) have told the court that they were forced to make their statement while in detention at the Department of State Services (DSS) headquarters.

The accused persons therefore asked the court to investigate the veracity of their statements and its admissibility in court.

The accused persons are standing trial on 12 count charge of terrorism and the kidnapping of Mr Ozokhome.

However, the third prosecution witness, who is an investigative officer with the DSS told the court that all the accused persons made confessional statements of how they were involved in the kidnapping of prominent persons, between Delta and Edo States, armed robbery and murder of police and prison warders in the course of their operations.

He added that they threatened the Federal Government to grant them amnesty, failing which, they would make their communities ungovernable.

However counsel to the first to third accused persons opposed the admission of the said statements as evidence in court, insisting that there is the need to verify the authenticity of the statements, maintaining that the statements did not comply with Section 104, which stipulates that it must be certified by a superior authority in the DSS.

Lawyer to the fourth accused person however had no objection.