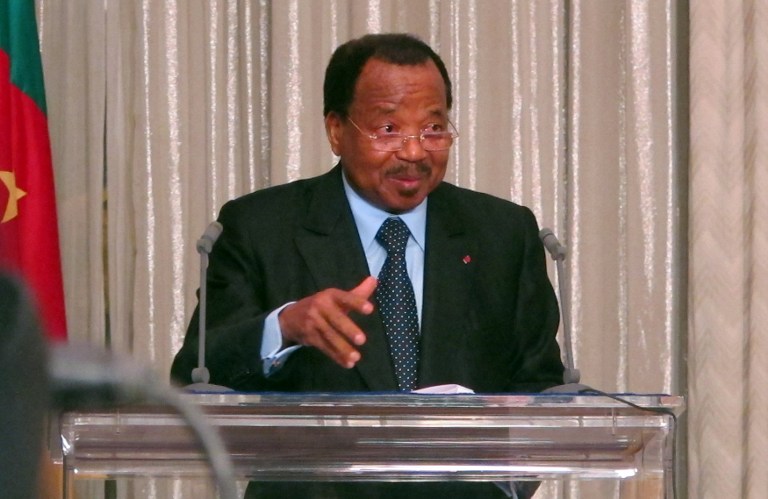 Cameroon President Paul Biya speaks as he meets with French former hostages at the presidential palace in Yaounde on April 19, 2013. A French family of seven who were kidnapped in Cameroon in February by an Islamist movement from neighbouring Nigeria arrived Friday at the French embassy in Yaounde after being freed overnight, an AFP correspondent saw. The hostages, whose release was confirmed by Yaounde and Paris, arrived under heavy police and army escort at the end of the morning. French Foreign Minister Laurent Fabius was on his way to the Cameroonian capital. AFP PHOTO / REINNIER KAZE