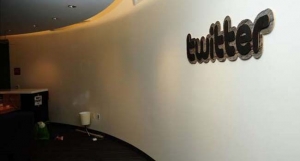 Twitter has announced that its advertising revenue has increased to $432m in the fourth-quarter, an increase of 97% from the year before.

On a conference call to discuss earnings, Twitter Chief Executive, Dick Costolo, also confirmed that Twitter and Google had struck a deal, but remained reserved on the details.

“I do want to confirm that we have a relationship that we have agreed to with Google,” he said, but declined to provide specifics.

Bloomberg and the New York Times had earlier reported that Twitter had struck a deal with the search giant to possibly make Twitter’s messages more visible in search results.

Shares in Twitter rose more than 9% in after-hours trading.

Trolling, or cyber bullying, on social networks appears to be a growing problem

Twitter was born two years after Facebook, and its stock market debut happened about 18 months after the rival social network’s IPO. But so far it has failed to match Facebook’s trajectory in growing its user numbers and pleasing investors.

Revenue growth may have outpaced analysts’ expectations, but Twitter investors know that a loss-making business can only justify an outlandish valuation if it promises to have a much wider audience in years to come.

20% annual growth in users might sound okay – but it represents a marked slowdown, and means that Twitter’s audience is still just a fifth of the size of Facebook’s.

A leaked memo from Chief Executive, Dick Costolo, expressed frustration at the fact that high-profile users were leaving because of abuse, and promised action to deal with trolls.

Experts have suggested that a vital financial as well as reputation issue have become apparent. If users begin to see Twitter as an unfriendly place to spend their time, advertisers won’t want to be there either.

For Dick Costolo and his senior team, the heat is on – they have much to prove in the coming months.