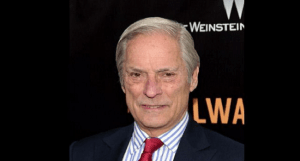 The award-winning newsman died at the age of 73.

Simon is survived by his wife, Françoise, and their daughter, Tanya, her husband, Dr. Evan Garfein, and his grandson Jack, who is described by Fager and Rhodes as “the joy of his life”.

Simon was said to be riding in the back-seat of a livery cab around 6:45p.m. Wednesday on New York City’s West Side Highway when the car rear-ended another vehicle and crashed into barriers separating north- and southbound traffic, the New York Police Department said in a statement.

Unconscious with head and torso injuries, Simon was transported to St. Luke’s Roosevelt Hospital where he died. The livery cab driver was taken to another hospital with injuries to his arms and legs.

Police were investigating but made no arrests.

Simon had received many award in his profession. In 1996, he won more OPC Awards, a Peabody Award and two Emmy Awards for coverage of the assassination of Israeli Prime Minister, Yitzhak Rabin.

CBS News received an RTNDA Overall Excellence in Television Award in 1996 largely because of Simon’s reporting from war-torn Sarajevo.