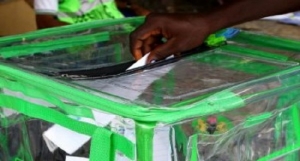 Yoruba leaders in south-west Nigeria have stressed the need for the rescheduled elections to hold without any delay on March 28 and April 11, expressing their commitment to a smooth transition and purposeful leadership.

After an extensive summit at the historic parliament building in Ibadan on Thursday, it was concluded that no excuse would be entertained for any shift of the date, as it could be a recipe for disaster.

In his address at the Pan Yoruba Summit that, the convener of the conference, General Alani Akinrinade (Rtd), said the summit was necessary because the current leadership had made Yorubas “victims of arrested development, with significant retrogression which must be stopped”.

He expressed hopes that the meeting would arrive at a common narrative that would outline the demand of the Yorubas for development in an emerging Nigeria, with purpose driven goals for regional and national progress.

Retrogressive Measures Of The Government

The Oyo State Governor, Senator Abiola Ajimobi, who hosted the event, condemned recent violent protest involving OPC in Lagos. He lamented what he called a state of servitude of his people which made it possible to turn them against one another .

Governor Ajimobi further said that despite the rich historical repertoire of the Yorubas and its contribution to national development, the region had suffered a great deal in the last 16 years of democracy.

The convergence of eminent Sons and Daughters of the Yoruba race at the House of Chiefs, Parliament Buildings Secretariat in Ibadan was called by the Yoruba elders to urgently address issues affecting the growth and unity of the race.

It was an avenue for the Yoruba leaders to register their displeasure with the retrogressive measures of the government at the centre to the south-west and by extension all Yoruba kits and kins across the world.

In a communique signed by the convener at the end of the summit, the elders agreed unequivocally that; elections must hold as scheduled, states must be allowed to grow and prosper at their pace while an end must be put to alienation and repression of the race.