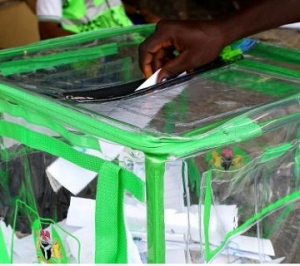 The Independent National Electoral Commission (INEC) has started the distribution of sensitive electoral materials to different states in Nigeria ahead of Saturday’s governorship election.

On Thursday, the INEC in Akwa Ibom State, south-south Nigeria, sent materials to electoral officers for the 31 local government areas in the state.

The State Resident Electoral commissioner (REC) in a closed door meeting with an elder  statesman, Mr Don Etiebet, gave the assurances that the commission would provide a level playing field for all parties in the election.

Mr Etiebet is canvassing support for the governorship candidate of the All Progressive Congress (APC) in the state.

Meanwhile, the APC in the state had earlier lodged a complaint against the conduct of last month’s Presidential election, saying INEC should ensure that the state REC, Austin Okojie, does not conduct the April 11 governorship and House of Assembly elections in the state.

INEC, in response to allegations against RECs, said that the commission would look at the substance in the petitions before it would take a position.