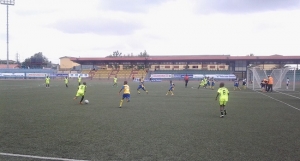 The President of the National Football Federation, Mr Amaju Pinnick, has thrown its weight behind the yearly Channels National Kids Cup competition, saying that it has become a veritable and credible platform for grassroots youths development

Mr Pinnick endorsed the championship on Saturday in Abeokuta, the Ogun State capital in south-west Nigeria at the maiden meeting of the South-west States Football Forum held to chat a new course for football development in the south-west states of Oyo, Ogun, Osun, Lagos, Ekiti and Ondo.

He also said that the choice of Sunday Oliseh, as the national coach of the national team, the Super Eagles, was not a misplaced priority, considering his experience, the mastery of the game and his developmental credentials, saying “under him Nigeria’s Football Development is on a right course”.

The NFF President, however, solicited the support and understanding of all Nigerians towards the successful implementation of the task ahead

Participants at the event, which included football administrators, coaches, egg heads in football development and other dignitaries, agreed that the way to go remained the development of grassroots football.