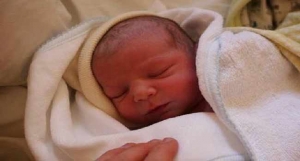 A 20-month-old baby has been reported stolen in Akorede Estate of Abeokuta North Local Government Area of Ogun State in south-west Nigeria, during his niece’s naming ceremony on Sunday.

Elizabeth Ogundele, the 26-year-old mother of the toddler, said she was assisting her brother’s wife in preparation for the ceremony when she noticed her son was missing.

“I was helping my brother’s wife get ready for the ceremony when I noticed that my son was missing.

“I searched for him in and around the house because some tenants said they saw him playing ball, but he was nowhere to be seen.

“I ran outside the house into the community still searching and that was when I encountered two guys at Chief Ifayemi’s house.

“I asked if they had seen my son, they denied and started giggling, so I left,” she explained.

Confirming the incident, the state Commissioner of Police, Abdulmajid Ali, has promised thorough investigation into the misery surrounding the whereabouts of the young boy, promising to bring the culprit to book.

He said: “Actually a two-year-old boy was kidnapped yesterday, but the site that was discovered has no relationship with the boy and other human parts that were found at the site.

“Already we have commenced investigation on the matter,‎ and we will let you see what really happened when we finish our investigation”.

Meanwhile, Police in the state has continued to maintain its presence in the area to forestall any possible breakdown of law and order.