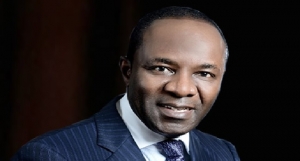 Mr Kachikwu made the call while presenting a keynote address titled “Energy crisis and sustainable development in Nigeria: the way forward”, at the National Association of Energy Correspondents (NAEC) conference held in Lagos.

According to him, fuel subsidy is causing a drain on the economy.

“Subsidy creates distortion in government revenue distribution as a result of round-tripping and unnecessary carryover of expenditures every year in a way that is difficult for government to control or sustain”, he said.

“Removal of price control mechanisms is deemed imperative to ensure full growth of the sub-sector, by allowing private stakeholders to complement the effort of government in developing the industry”.

The United State Government had expressed readiness to work with NNPC.

NNPC Will Be A Global Company Under My Watch – Kyari