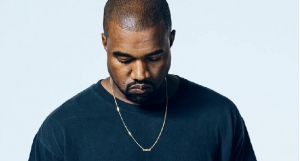 Rapper, Kanye West received the Michael Jackson Video Vanguard Award at MTV Video Music Awards on Sunday, after which he disclosed in his acceptance speech that he will be running for President in 2020.

West also spoke at length about being changed by fatherhood, defending artistry, the hypocrisy of media, the ridiculousness of award shows, and more.

“I will die for the art, and for what I believe in and the art isn’t always going to be polite”, he said.

Beyoncé and Justin Timberlake both performed lengthy, career-spanning medleys when they won in 2014 and 2013, respectively.

All six of West’s albums have gone platinum, according to the Recording Industry Association of America (RIAA), and he’s logged 22 top 10 singles on Billboard’s Hot R&B/Hip-Hop Songs chart.

However, it appears West, who has also delved into fashion business, is about to launch his political career, by declaring his White House ambition.