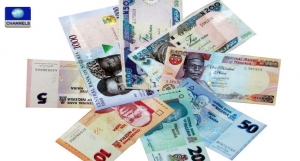 The deadline of September 15 given to Ministries Departments and Agencies (MDAs) in Nigeria to maintain a Treasury Single Account is ending on Tuesday.

President Muhammadu Buhari had on September 7 set a deadline of September 15 for full compliance with his directive that all revenue due to the Federal Government or any of its agencies must be paid into the Treasury Single Account (TSA) or designated accounts maintained and operated in the Central Bank of Nigeria (CBN), except otherwise expressly approved.

A circular issued to all Ministries, Departments and Agencies (MDAs) of the Federal Government by the Head of the Civil Service of the Federation, Mr Danladi Kifasi, urged the MDAs to ensure strict compliance with the deadline to avoid sanctions.

The September 4 circular said a number of MDAs were yet to comply with an earlier circular of August 7, 2015, which conveyed President Buhari’s original directive on the payment of all Federal Government revenue into a Treasury Single Account.

There have been mixed reactions about the possibility of adhering to the deadline, but the Accountant General of the Federation, Mr Ahmed Idris, on Friday lashed out at Ministries Departments and Agencies (MDAs) who had suggested that the September 15 deadline to maintain a Treasury Single Account was unrealistic.

Mr Idris assured the Federal Government that the deadline would not only be met, but implemented.

He emphasised that implementation guidelines had been developed and would soon be made available to all MDAs, and to the general public.