MTN CEO Resigns As Firm Gets $5.2bn Fine From Nigeria 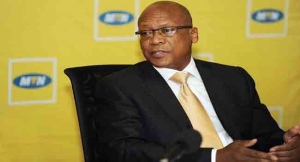 The Chief Executive Officer (CEO) of the MTN, Sifiso Dabengwa, has resigned after the firm received a $5.2bn fine from Nigeria.

Mr Dabengwa tendered his resignation with immediate effect, saying it was “in the interest of the company and its shareholders”.

The fine, which amounts to double MTN’s profit in 2014, was for failing to cut off unregistered mobile users.

The firm was given until November 16 (two weeks), to pay the penalty.

The company is in talks to reduce the fine.