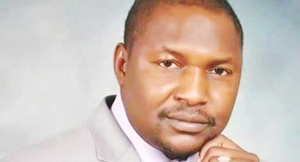 The Attorney-General of the Federation and Minister of Justice, Mr Abubakar Malami, has failed to appear before a court over the right enforcement suit filed by the former National Security Adviser (NSA), Colonel Sambo Dasuki (Rtd).

Mr Malami again refused to show up at a Federal High Court sitting in Abuja, Nigeria’s capital, to explain why the order of the court granting Mr Dasuki permission to travel for medical treatment was being flouted.

At the resumed hearing of the suit on Monday, the Federal Government opposed the application for the enforcement of fundamental human rights filed by Dasuki on the ground that he needed to be present in court to seek any relief.

The prosecutor, Mr Mohammed Diri, informed the court that he had filed an application seeking to revoke the bail granted the former NSA.

Relying on section 266 of the administration of Criminal Justice Act, 2015, lawyer to Colonel Dasuki, Mr Joseph Daudu, disagreed with the prosecutor.

Mr Daudu said that his client was not on trial and as such, it was not mandatory for him to be physically present in court.

Justice Adeniyi Ademola subsequently adjourned the suit till November 26 for ruling, just as the trial was expected to commence on the same day.

On November 3, the Federal High Court granted Colonel Dasuki permission to travel for medial treatment, by the court’s ruling has not been fully upheld, as some officials of the Department for State Service (DSS) are said to have maintained a siege to the house of the former NSA.

Colonel Dasuki is facing charges for alleged money laundering and unlawful possession of firearms. He has denied the allegations, saying he acted in the interest of the nation.

The Federal Government had filed an amended charge against the former National Security Adviser, after his arraignment on a one-count charge of unlawful possession of firearms without licence.

The prosecution expanded the charges to include money laundering and also applied to the court for a secret trial Mr Dasuki as well as protection for all its witnesses in the suit.