Lawyer Says Dasuki Did Not Implicate Anyone 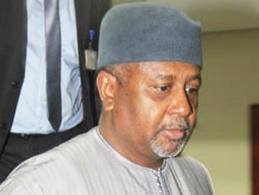 Lawyer to the embattled former National Security Adviser (NSA), Ahmed Raji, says his client did not implicate anyone by his statements.

Colonel Sambo Dasuki (rtd)’s lawyer made the declaration on Thursday while speaking during an interview with Channels Television in Abuja, Nigeria’s capital.

Having said the statement was not a deposition, Raji confirmed that some of the reports in the media were true statements made by his client to the Economic and Financial Crimes Commission (EFCC).

Although, the legal practitioner has some comments to make on the letters from the Central Bank of Nigeria to the EFCC, regarding release of funds, he was quick to reject some of the figures that were published, saying they were ‘bogus and untrue’.

He maintained that the release of funds were made as admitted by his client, adding that the true nature and reasons for the statements would be made known when his trial commences.

Various media reports had on Monday alleged that the statements made by Colonel Dasuki laid credence to the charges brought against him by the EFCC.

Following his removal by President Muhammadu Buhari, Colonel Dasuki was charged for unlawful possession of weapons and money laundering, by the Department Of State Services.

He was also accused by the EFCC of stealing, criminal breach of trust and illegal transfer of funds belonging to the Federal Government.