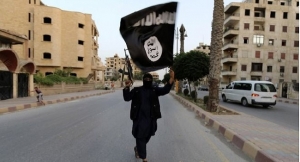 Latest research indicates that at least 15 rebel forces in Syria are ready to succeed Islamic State (ISIS) if it is defeated by the US-led coalition.

The centre on religion and geopolitics, linked to former UK Prime Minister, Tony Blair, also said that 60% of the rebels could be classified as Islamists.

It argues that attempts by world powers to distinguish between moderate and extremist factions are flawed.

Western countries had stepped up air strikes against ISIS in Syria and Iraq.

But the centre said that the greatest danger to the international community, were groups that shared the ISIS ideology but are currently being ignored.

It further warned that if ISIS is defeated, dispersed fighters and other extremists could attack targets outside Syria under a rallying cry that “the west destroyed the caliphate”.

By contrast, fewer than a quarter of the rebels surveyed were not ideological, the centre said.

In September, Russian forces began air strikes against rebels in Syria, targeting “all terrorists”, including ISIS.

However, Western-backed groups were also reported to have been hit.

The Centre on Religion and Geopolitics, an initiative of the Tony Blair Faith Foundation, said that Syria now hosts the largest gathering of jihadi groups in modern times.

Current Western efforts to define “moderate” and “extremist” rebels are bound to fail, because the groups themselves rarely make the distinction, the centre said.