Zambia To Hold Elections On August 11 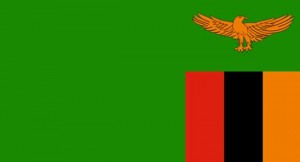 Libyan Unity Government Chief Says He Is Ready To Step Down