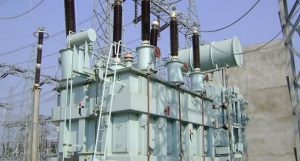 Electricity supply through the national grid is now ramping up as it attains 4,387 megawatts peak generation as at Friday, March 4, 2016 with a prospect for further improvement in power supply situation.

The Head, Public Affairs Department at the Nigerian Electricity Regulatory Commission (NERC), Dr. Usman Abba Arabi, said that this is following successful repair work on the damaged gas facility earlier in the week.

“It would be recalled that the peak generation level that notched epoch 5,070 megawatts few weeks ago suddenly nosedived due to inadequate gas supply on the main gas pipeline supplying many of the power stations.

“This was on account of gas supply shortage due to inability to evacuate condensates and oil produced with the gas because the main oil export pipeline out of Forcados was vandalized two weeks ago.

“However, with the successful repair work on the damaged facility, the system is now ramping up as it attains 4,387 megawatts peak generation as at Friday, March 4, 2016,” he said.

The acting Chief Executive Officer, Nigerian Electricity Regulatory Commission (NERC), Dr. Anthony Akah, has subsequently appealed to members of the public to cooperate with electricity industry operators and security agencies to stem the recent incident of vandalism on electricity installation.

He also warned the electricity distribution companies that the momentary downturn in supply should not be used to exploit unmetered electricity customers on estimated billing saying, “Customer bills for unmetered customers should be as accurate as possible and reflect their actual consumption. It shall in no circumstance be arbitrarily inflated.”

He said that electricity distribution companies should ensure diligence and professionalism in the estimation of unmetered customers based on the provisions of the Billing Estimation Methodology Regulations, 2012.

He hinted that the Commission has deployed monitoring teams to report any act of negligence and extortion.

‘This Increase Is Ill-Timed’: Atiku Condemns Hike In Electricity Tariff

No Increase In Electricity Tariff For Poor Nigerians – NERC