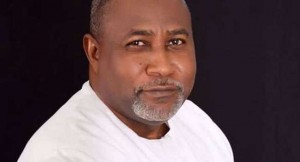 The Kogi State Government has confirmed the tragic death of the Minister of State for Labour and Employment, Mr James Ocholi, in a road accident along the Kaduna-Abuja highway.

According to a statement from Kogi State government, the Governor, Yahaya Bello, expressed shock at the incident.

Governor Bello described Ocholi as a pragmatic, dynamic, humane and brilliant Senior Advocate of Nigeria, who is known around the world for his dexterous approach to legal and political issues.

The Governor said that the Minister was one of the most unswerving constitutional lawyers in the country.

Governor Yahaya prayed for the repose of his soul. Three days of mourning will be observed in Kogi State from March 7 to 9.

Narrating how the incident occurred, the spokesman for the Kaduna State Police Command, Zubairu Abubakar, told our correspondent that the accident occurred while the family were returning from a private visit in Kaduna at Rijiana village along the expressway on Sunday afternoon.

He confirmed that while the Minister and his son died on the spot of the incident, his wife died few minutes after, at Doka General Hospital, about 60 kilometres to Kaduna, having sustained severe injuries.

According to an eyewitness, the Minister’s Sport Utility Vehicle had a burst tyre before somersaulting several times.

Meanwhile, the Minister of Labour and Employment, Dr Chris Ngige, has described Mr Ocholi’s death as a great loss to Nigeria, his family and the Nigerian Bar Association.