Lagos, Ondo, Others To Feature At NTTF National U-16 League 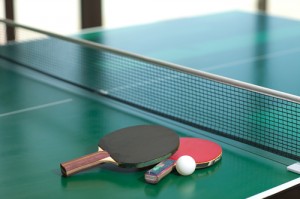 According to Ondo State Coach, Dotun Omoniyi, the idea of the league is commendable, as it would afford the players the chance to test might among one another in a competitive atmosphere.

“I think I am so excited about the league because it is not going to be a one-off competition but a continue tournament that will allow the players to improve in each match. Also it will give the national coaches the opportunity to unearth new talents for the country. I am eagerly looking forward to the commencement of the league,” Omoniyi said.

However, there are plans to give more states the opportunity to compete at the championship, as most states are yet to complete the final process that confirms their eligibility.

According to the NTTF, the league will involve players across Nigeria and it is meant to give new players the opportunity to make national junior teams and work their way into the senior team.

The tournament will serve off from March 29 to April 8 at the National Training Centre in National Stadium while the grand finale which is known as Super League will hold on May 14 at the Teslim Balogun Stadium.

Each state across Nigeria is expected to present two boys and two girls while the top eight players in the boys and girls event will qualify for the Super League.

All players shall hold the current NTTF Player’s License, which must be produced on demand.