I Never Knew I Would Be Known Globally – Don Moen 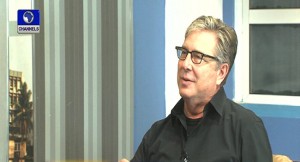 American Gospel Music Artiste, Don Moen, has said that he never knew he would be known globally.

Speaking on Channels Television’s Sunrise on Saturday, Mr Moen said: “In the early 80s, one of my wife’s sisters wrote a letter. In the letter, she was praying for my wife Laura and me, she said: As I was praying, I saw Don standing in front of thousands of people leading them into God’s presence and writing songs that suits the heart of kings.

“I said to Laura that , honey, your sister is a wonderful lady, but she is not a prophet because there is no way I’m going to stand in front of thousands of people.

“I couldn’t speak in front of 15 people without getting nervous,” he emphasised.

Answering a question on what else he does aside singing, Mr Moen said “I have been a music executive for 20 years. I was the Head of the Labour and Integrity; finding the song and the artistes. I wasn’t an artiste at that time.

Ron Kenoly, also a guest on Sunrise Saturday, speaking on how he started his journey said: “Let me put it in a few words spoken by a Pastor who introduced me once, he said: If the bible were to be written today in Nigeria, integrity music, Don Moen and Ron Kenoly would have a place in the scripture. 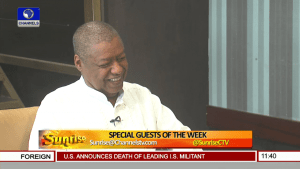 “I think that capitalises all that the Father has done in us and through us, but it has not been without test, challenges, trials, a lot of prayer and a lot of honest seeking the heart and the mind of our heavenly Father.

Mr Kenoly, being spirit filled, said that all the songs himself and Moen wrote were directed from God.

“Before recording a song, we always find out what the Father really wants to be done. I never considered ministering worship music as what I would do while I was in the military.

“When I was in the Air Force, I was always singing secular music and I won several contests,” he added.