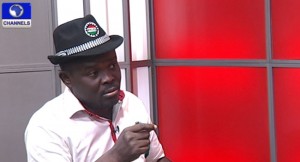 The Nigeria Labour Congress (NLC) is insisting that the states have the capacity to sustain the proposed wage increment of 65,000 Naira despite the drop in their allocation occasioned by the drop in the price of crude.

In an exclusive interview, the Acting General Secretary of the NLC, Onyeka Chris, told Channels Television that the monies the states get could sustain the wages.

“All the states have to do is to look at their Internally Generated Revenue, be more responsible and prudent in what they spend their money on and the way they spend money.

“That is all they have to do in sincerity.

“When they tell you about the size of their overhead you ask yourself, ‘what is the content of this overhead’? When you deconstruct the overhead, you find out that the component that actually goes to genuine workers salary is so small,” he emphasised.

The NLC official cited Edo State government that had increased the workers’ salary from the current minimum wage of 18,000 Naira to 25,000 Naira, insisting that it was possible for other states to implement same.

According to him, though the same wage could not be the sustained in different states, the minimum that the states should pay was what they were requesting for, considering the economic situation.

He pointed out that states that struggle to pay their minimum wage were having challenges because they were not prudent enough.

On the parity in minimum wage, he stressed that the only way there could be disparity was for the Constitution to be amended.

“The wage floor is renegotiated after every five years. It is overdue for renegotiation.

“We know that things have really changed in Nigeria. Inflation has gone up drastically, exchange rate has bottomed out and living condition has become worse in the last five years.

“The price of food stuffs has gone up at different percentages. Things that Nigerian workers spend their meagre income on have gone up.

“You don’t have to go too far to know that it is justified and moral.

“We are asking for 90,000 Naira monthly because we know that the prices of things have really gone far ahead.

“How much do you pay for a litre of petrol? When was the last time you had six hours of electricity in your house? This means you have to run your generator

“How much do you spend to buy a litre of fuel? It has gone up from 86.50 Naira to 150 Naira or even 200 Naira depending on where you are buying from,” he stated, defending the request of the labour unions.

“We have always asked for a responsible and prudent management of the economy.

“The labour movement is on the fore in asking that petroleum products be refined in Nigeria so that we will stop importing. We know that the singular efforts in refining crude in Nigeria will remove pressure on the Naira.

This he said would remove the problems that the Naira was facing.